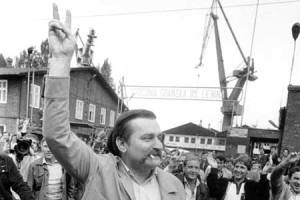 Yesterday kicked off a series of posts about the orientalization of Poland among Western scholars. The term “orientalization” denotes an image of a culture as “Eastern,” meaning exotic, backward, uncivilized, and possibly dangerous. The term has been used to describe Western stereotypes of Middle Eastern Muslims, but recent scholarship has expanded its semantic field beyond Edward Said’s original intentions in his seminal work Orientalism. The very notion of Poland belonging to “Eastern Europe” invites such analysis, especially since residents of the region have always insisted upon being called Central Europeans, residents of MItteleuropa, because that would, of course, allow them to orientalize the ever-threatening Russians.

My meditations on Poland are not meant to take Poland down a notch. Instead they’re meant to introduce the reader to a much more differentiated understanding of Polish Catholicism–its weaknesses, but also its strengths.

I should return to yesterday point about  religious diversity, especially the part where I said “Polish tolerance toward the Radical Reformation showcased the country’s traditional tolerance until the Jesuits showed up.” There is so much of diversity, when compared with the relative homogeneity of Western Europe, that I forgot to mention the Eastern Catholic churches that emerged out of the Union of Brest. Of course Eastern Catholic frequently feel forgotten by the Roman Catholics and the Eastern Orthodox, and, well, I unfortunately didn’t buck the trend.

Let’s fast forward to the 1980’s when Solidarity was breaking ground as a non-violent trade-unionist movement set against a totalitarian government. With this we’ll continue to explore Polish religious particularities that are too difficult for Westerners to understand. Although a few of them have written books about it, as we’ve noted elsewhere.

Solidarity: The left and Church came together.

3. Solidarity was both a Catholic movement and a somewhat secular movement. However, there is almost no doubt that it was politically the single most successful worker movement in history. It helped to topple, irony of ironies, a socialist regime. Granted, that regime had declared martial law, was armed to the teeth, and its tanks and guns were aiming at civilians.

Solidarity was composed of simple pious workers, leftist intellectuals (such as Michnik, author of The Church & the Left) who were fellow-travelers of the Church, and finally clergy. The Church played a decisive role here, because churches, thanks to the sweeping influence of Polish clericalism and papist internationalism, were the only place where free debate was permitted to everyone (including the non-believers).

Solidarity went through several phases until this mixture of diverse groups began to splinter under communist pressure and this only continued once power was transferred to them.

4.  Consumerism: The unusual mix of intellectuals (not that they were all secularists) and the pious masses could not hold in Poland as the 90’s became a kind of Hobbesian free-for-all. The Gdansk shipyards, which anchored the whole movement, were precisely the sort of unwieldy state-run outfit most likely to collapse under the free market. Governments of both left and right cycled in and out, some out of of existence. The only constant was the austerity measures that caused misery for a decade and laid the groundwork for a relatively stable Polish economy, the spread of consumerism, and a creeping secularism.

This turn of events either demonstrates the power of consumerism as a natural opponent of religion, or it exposes the weakness of the earlier synthesis, or both. Either way, the seeds of destruction were probably planted in the movement of liberation that was Solidarity. Which is unfortunate, because the kind of collective communication, cooperation, and reconciliation fostered by Solidarity at its zenith is precisely the sort of thing snuffed out by an increasingly technocratic economy and style of governance in Poland.

Before our next installment of this series, take a look at yours truly trying to make sense of Krakow’s Solidarity past within the parameters permitted by capitalism:

For those of you interested in reading more about Solidarity and its legacy: there is a complete free issue of the Tischner Institute journal Thinking in Values devoted to those topics.

The third installment in this series will appear here, The first installment can be found here.

13 thoughts on “Orientalist Dreams of Poland as Catholiclandia (Part II)”