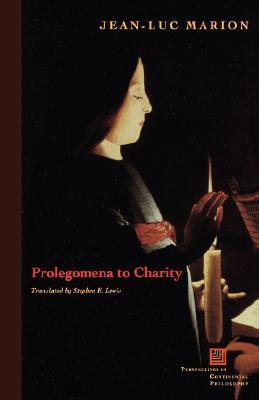 Love is an autonomous form of knowledge.

Jean-Luc Marion is a Catholic philosopher, some say the greatest living philosopher, who studied under Jacques Derrida. If nothing else, he is one of the best arguments for religious parents not shielding their kids from the “secular” academe. I’ve made this argument borrowing from my own experience here.

After all, the influence goes both ways. Derrida spent the last decade or two of his life engaging Marion and the tradition of negative theology in books such as Acts of Religion or The Gift of Death. In the end the king of deconstruction couldn’t shake the queen of the sciences.

What I’m really interested in for today is how Marion has developed the notion of Pascal’s three orders. In particular, how the third order, love, is a distinct form of knowledge.

He explains these orders of knowing in a short interview that’s available online:

“From the first point of view you see the world as visible, according to bodies, matter and the visible world. In that order, the leaders are the king, the president, the CEO of a corporation, the banking system and so on.

The second order is the order of the spirit. This is the invisible world of rationality. It includes the sciences, philosophy, art and literature. You can be completely unknown in the first order and be the leader in this second order. For example, Archimedes was a prince in the family of a king in Sicily, but he was really a leader as a mathematician. Mathematicians, like Einstein, are the kings of this second order.

The third order is charity, love or what art understands. In that order the saints, lovers and Christ are kings.

The lower orders are not seen by the upper orders. The president of the United States is not supposed to be a scientist or a saint. He has a job as president of the United States, period. The second order does not see the third, but sees itself and the first order. The first two cannot see the third order, but the third can see what is going on in the first two.” 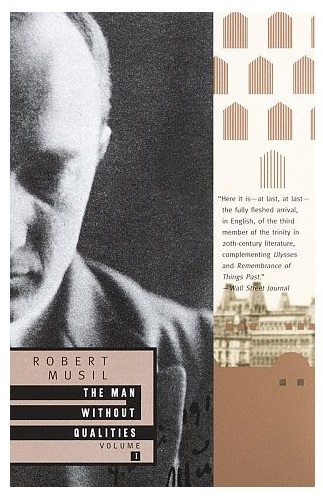 Robert Musil: “When she spoke of beauty, he spoke of fatty tissue supporting the epidermis.”

One way to suggest this difference is to take a look at what we could call “order mistakes” in one of the greatest novels of the 20th century, Robert Musil’s, The Man Without Qualities:

“His answers were quite often like that. When she spoke of beauty, he spoke of the fatty tissue supporting the epidermis. When she mentioned love, he responded with the statistical curve that indicates the automatic rise and fall in the annual birthrate. When she spoke of the great figures in art, he traced the chain of borrowings that links these figures to one another.”

The comedy here arises out of a confusion of orders. The male character does not respond to the love shown to him with love. Instead of rising to the third order of knowledge he remains mired in the second order of rationality and thereby fumbles the relationship unfolding in front of him.

In fact, a comical mixing of orders of knowledge opens the book and marks almost every page that follows:

“A barometric low hung over the Atlantic. It moved eastward toward a high-pressure area over Russia without as yet showing any inclination  to bypass this high in a northerly direction. The isotherms and isotheres were functioning as they should. The air temperature was appropriate relative to the annual mean temperature and to the aperiodic monthly fluctuations of the temperature. The rising  and setting of the sun, the moon, the phases of the moon, of Venus, of the rings of Saturn, and many other significant phenomena were all in accordance with the forecasts in the astronomical yearbooks. The water vapor in the air was at its maximal state of tension, while the humidity was minimal. In a word that characterizes the facts fairly accurately, even if it is a bit old-fashioned: It was a fine day in August 1913.”

These are fragmentary thoughts, but if one of you develops it into a conference paper, do cite me in the footnotes!

I’ll close by way of example from my own personal encounter with Jean-Luc Marion as his translator in Poland.

Right before going into the translator’s booth for Marion’s lecture about Descartes in Krakow I remember seeing him talking to my wife on the other side of the room. He had his arm around her. Whatever he was saying was of great import, yet it was said with a lot of warmth.

I suppose in the first order this whole scene might appear to someone as a famous philosopher accosting a young woman. In the second order this might appear to someone’s gaze on the level of fatty tissues or birth rates interacting (my wife was pregnant). In the end, my wife confirmed that Jean-Luc Marion had given her some sincere fatherly advice. But I already knew that. 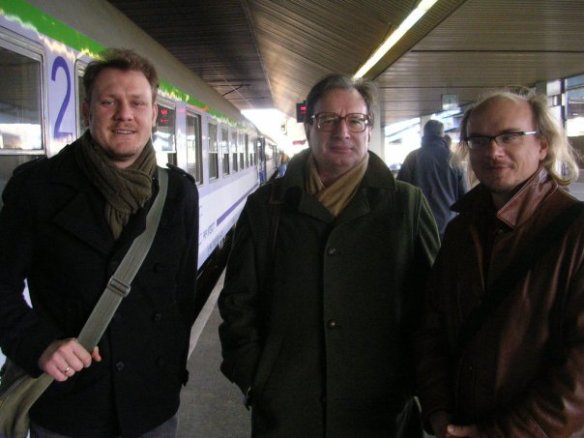 On the day of his departure from Krakow Marion (middle) was having the best hair day between the poet Artur Grabowski and I (left, POOF!).