The last installment of this blog broached Paul Elie’s claim that fiction has lost its faith. Elie’s attack seemed to limit itself (wisely?) to the novel. It’s possible he didn’t think poetry has lost its faith. My response also went against the grain of Rachel Held Evans and her claim that Christians must assimilate because they have fallen off the cliff of respectable mainstream intellectual culture.

Tracy’s The Analogical Imagination is the mandatory starting place for anyone who wants to reflect upon the theological implications of the literary arts. It’s a contemporary classic.

Paul Elie probably meant to exclude poetry from his accusations of faithlessness, because it took me several hours last night to whittle down the list of poets who write from within a religious imagination. Their confessional identities vary from Roman Catholic, Anglican, Orthodox, Lutheran, and several other denominations. You will find among them winners of the following awards: Nobel, Pulitzer, T.S. Eliot, several PEN Faulkner awards, and so on.

These are not obscure figures by any stretch of the imagination. In other words, the head ain’t rotting and the fish is fresh.

I’d like to give you a taste with some representative poems (or fragments) from each one of these writers. Tomorrow we’ll take up the novelists, who, as you’ll see, contrary to Elie’s claims, are legion.

By the way, most of these writers were previously featured in IMAGE Journal, which is consistently a top five American literary journal in terms of circulation.

Nota Bene: The links given with each poet’s name land upon their prose collections. The ones included with the name of the collections whose stunning pictures grace this post land upon these very poetry collections. Please remember to follow the unique links featured in this post. 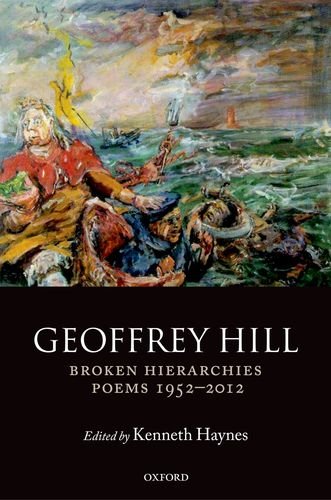 “…Filtering the cruder light, he has endured,
A feature for our regard; and will keep;
Of worldly purity the stained archetype…”

Geoffrey Hill from the Broken Hierarchies

Created purely from glass the saint stands,
Exposing his gifted quite empty hands
Like a conjurer about to begin,
A righteous man begging of righteous men.

In the sun lily-and-gold-coloured,
Filtering the cruder light, he has endured,
A feature for our regard; and will keep;
Of worldly purity the stained archetype.
3

The scummed pond twitches. The great holly-tree,
Emptied and shut, blows clear of wasting snow,
The common, puddled substance: beneath,
Like a revealed mineral, a new earth.

“…Be like the fox
who makes more tracks than necessary,
some in the wrong direction.
Practice resurrection.”

…Go with your love to the fields.
Lie down in the shade. Rest your head
in her lap. Swear allegiance
to what is nighest your thoughts.
As soon as the generals and the politicos
can predict the motions of your mind,
lose it. Leave it as a sign
to mark the false trail, the way
you didn’t go. Be like the fox
who makes more tracks than necessary,
some in the wrong direction.
Practice resurrection.

“…For even the godless feel something in a church, / A twinge of hope, fear? Who knows what it is? / A trembling unaccounted by their laws, / An ancient memory they can’t dismiss…”

Dana Gioia from Pity the Beautiful

from “The Angel With a Broken Wing”

…I broke my left wing in the Revolution
(Even a saint can savor irony)
When troops were sent to vandalize the chapel.
They hit me once—almost apologetically.For even the godless feel something in a church,
A twinge of hope, fear? Who knows what it is?
A trembling unaccounted by their laws,
An ancient memory they can’t dismiss.There are so many things I must tell God!
The howling of the dammed can’t reach so high.
But I stand like a dead thing nailed to a perch,
A crippled saint against a painted sky.

“…poor thing, one is tempted
to say, so transformed
by its contact with you
is everything–“

It gets late early now
This is
when I like to visit
you at the top of your hidden
still green stairway, holy
Mother with the downcast
eyes as a girl of sixteen
almost unnoticed the right bare foot pinning
the serpent with the one-
leafed little apple in its jaws
poor thing, one is tempted
to say, so transformed
by its contact with you
is everything– 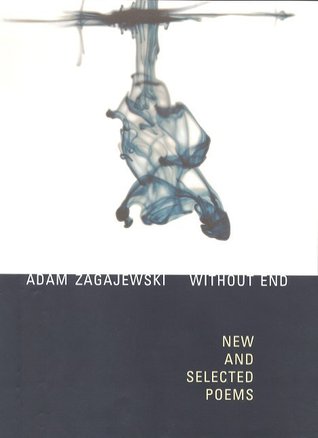 “…Praise the mutilated world
and the grey feather a thrush lost,
and the gentle light that strays and vanishes
and returns.”

Adam Zagajewski from Without End

“Try To Praise The Mutilated World”

“…Full religion is the large poem in loving repetition; / like any poem, it must be inexhaustible and complete / with turns where we ask Now why did the poet do that?…”

Religions are poems. They concert
our daylight and dreaming mind, our
emotions, instinct, breath and native gesture

into the only whole thinking: poetry.
Nothing’s said till it’s dreamed out in words
and nothing’s true that figures in words only.

A poem, compared with an arrayed religion,
may be like a soldier’s one short marriage night
to die and live by. But that is a small religion.

Full religion is the large poem in loving repetition;
like any poem, it must be inexhaustible and complete
with turns where we ask Now why did the poet do that?

You can’t pray a lie, said Huckleberry Finn;
you can’t poe one either. It is the same mirror:
mobile, glancing, we call it poetry,

fixed centrally, we call it a religion,
and God is the poetry caught in any religion,
caught, not imprisoned. Caught as in a mirror

that he attracted, being in the world as poetry
is in the poem, a law against its closure.
There’ll always be religion around while there is poetry

or a lack of it. Both are given, and intermittent,
as the action of those birds – crested pigeon, rosella parrot –
who fly with wings shut, then beating, and again shut.

“…The searching for a pulsebeat was abandoned
And we all knew one thing by being there.
The space we stood around had been emptied
Into us to keep, it penetrated
Clearances that suddenly stood open…
“

…In the last minutes he said more to her
Almost than in their whole life together.
‘You’ll be in New Row on Monday night
And I’ll come up for you and you’ll be glad
When I walk in the door . . . Isn’t that right?’
His head was bent down to her propped-up head.
She could not hear but we were overjoyed.
He called her good and girl. Then she was dead,
The searching for a pulsebeat was abandoned
And we all knew one thing by being there.
The space we stood around had been emptied
Into us to keep, it penetrated
Clearances that suddenly stood open.
High cries were felled and a pure change happened… 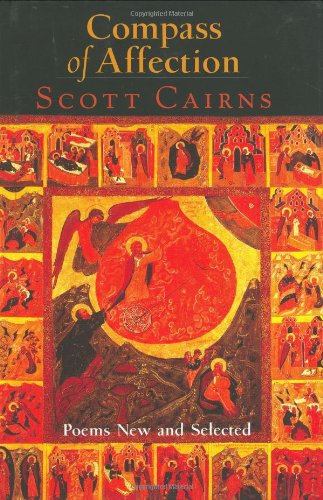 “…these must burn away before you’ll apprehend
how near I am, with what fervor I adore
precisely these, the several who rouse your passions.”

just the one signature—have been duly recorded.
Your anxieties—despite their constant,

Your repentance—all but obscured beneath
a burgeoning, yellow fog of frankly more
conspicuous resentment—is sufficient.

Your intermittent concern for the sick,
the suffering, the needy poor is sometimes
recognizable to me, if not to them.

Your angers, your zeal, your lipsmackingly
righteous indignation toward the many
whose habits and sympathies offend you—

these must burn away before you’ll apprehend
how near I am, with what fervor I adore
precisely these, the several who rouse your passions.

Paul Mariani from Epitaphs for the Journey

Just after my wife’s miscarriage (her second
in four months), I was sitting in an empty
classroom exchanging notes with my friend,
a budding Joyce scholar with steelrimmed
glasses, when, lapsed Irish Catholic that he was,
he surprised me by asking what I thought now
of God’s ways toward man. It was spring,

such spring as came to the flintbacked Chenango
Valley thirty years ago, the full force of Siberia
behind each blast of wind. Once more my poor wife
was in the local four-room hospital, recovering.
The sun was going down, the room’s pinewood panels
all but swallowing the gelid light, when, suddenly,
I surprised not only myself but my colleague

by raising my middle finger up to heaven, quid
pro quo, the hardly grand defiant gesture a variant
on Vanni Fucci’s figs, shocking not only my friend
but in truth the gesture’s perpetrator too. I was 24,
and, in spite of having pored over the Confessions
& that Catholic Tractate called the Summa, was sure
I’d seen enough of God’s erstwhile ways toward man.

That summer, under a pulsing midnight sky
shimmering with Van Gogh stars, in a creaking,
cedarscented cabin off Lake George, having lied
to the gentrified owner of the boys’ camp
that indeed I knew wilderness & lakes and could,
if need be, lead a whole fleet of canoes down
the turbulent whitewater passages of the Fulton Chain

(I who had last been in a rowboat with my parents
at the age of six), my wife and I made love, trying
not to disturb whosever headboard & waterglass
lie just beyond the paperthin partition at our feet.
In the great black Adirondack stillness, as we lay
there on our sagging mattress, my wife & I gazed out
through the broken roof into a sky that seemed

somehow to look back down on us, and in that place,
that holy place, she must have conceived again,
for nine months later in a New York hospital she
brought forth a son, a little buddha-bellied
rumplestiltskin runt of a man who burned
to face the sun, the fact of his being there
both terrifying & lifting me at once, this son,

this gift, whom I still look upon with joy & awe. Worst,
best, just last year, this same son, grown
to manhood now, knelt before a marble altar to vow
everything he had to the same God I had had my own
erstwhile dealings with. How does one bargain
with a God like this, who, quid pro quo, ups
the ante each time He answers one sign with another? 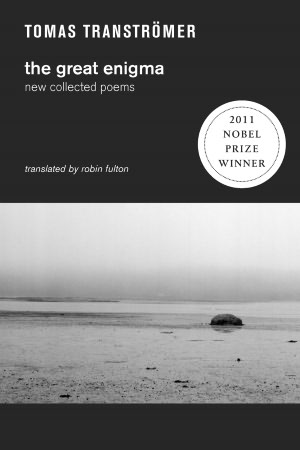 “…A feeling as if crowds drew through the streets / in blindness and anxiety on the way toward a miracle, / while I invisibly remained standing…”

Tomas Tranströmer from The Great Enigma

Sometimes my life opened its eyes in the dark.
A feeling as if crowds drew through the streets
in blindness and anxiety on the way toward a miracle,
while I invisibly remained standing.

As the child falls asleep in terror
listening to the heart’s heavy tread.
Slowly, slowly until morning puts its rays in the locks
and the doors of darkness open.

It was intellectually (I had to eliminate so many writers I love), physically (the whole process took a long time), and emotionally (since these poems hit so close to the heart) exhausting to select these poems. I hope you do enjoy them. May they spur you on to read more of these writers. Tomorrow we tackle the novelists!

The fist installment in this series was “A Fish Rots From the Head Down” and there is now one on living novelists here (quite a diverse bunch, wouldn’t you say?).

For other Cosmos The In Lost posts on poetry look here and throughout the blog.

Previous Top 10 lists from this blog can be found here.

Please consider donating some funds through the home page of this blog (upper right hand corner).