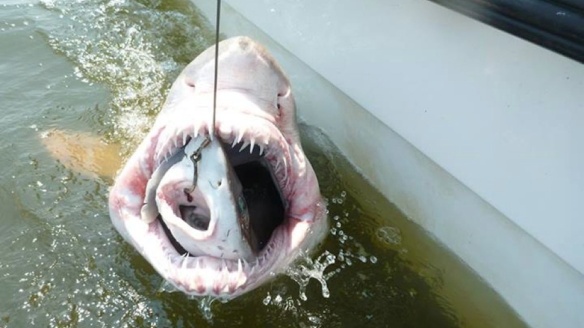 The head of a rotting fish would be too much for even the most devoted readers; so instead here’s a shark eating a shark.

The Polish poet Czesław Miłosz (1911-2004) is widely read in American poetry circles. It wouldn’t be much of a stretch to say that many Americans almost think of him as one of their own (Cynthia Haven even documents his worldwide influence here).

Now Milosz’s poetry appeals to me because he interprets his experience of late modern America and early 20th century totalitarianism with a finely honed Catholic theological imagination. Don’t take my word for it. There’s plenty of evidence for my judgment here, here, here, here, and here. 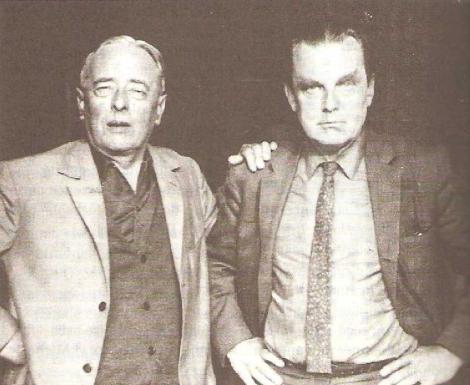 Czesław Miłosz, as we’ll see, appears to be in agreement with Paul Elie who recently pronounced the death of the religious novel along with plans to resurrect the genre single-handedly with a novel-in-progress. Elie proudly announced in a New York Times article, “Now I am writing a novel with matters of belief at its core. Now I have skin in the game. Now I am trying to answer the question: Where has the novel of belief gone?” The article in question, “Has Fiction Lost Its Faith?,” expands upon these questions with the following answer:

“The obvious answer is that it has gone where belief itself has gone. In America today Christianity is highly visible in public life but marginal or of no consequence in a great many individual lives. For the first time in our history it is possible to speak of Christianity matter-of-factly as one religion among many; for the first time it is possible to leave it out of the conversation altogether. This development places the believer on a frontier again, at the beginning of a new adventure; it means that the Christian who was born here is a stranger in a strange land no less than the Sikhs, Muslims, Hindus, Buddhists, Soviet Jews and Spanish-speaking Catholics who have arrived from elsewhere. But few people see it that way. People of faith see decline and fall. Their detractors see a people threatening rear-guard political action, or a people left behind.”

“We come to life in the middle of stories that are not ours,” says Paul Elie in The Life You Save...

Czesław Miłosz tells the story of literary secularization within a much longer and damning historical arc than Elie, author of the study The Life You Save Maybe Your Own. In that fat tome (eminently readable and well-researched) Elie presents the work of Merton, Flannery O’Connor, Dorothy Day, and Walker Percy as a literary-religious triumph. Milosz viewed the literary victories of the last few centuries within a much more Pyrrhic frame. The Nobelist saw modern literature, which is not to say all of it, as the culmination of the process of European secularization:

“The fact of Europe’s dechrstianization is indubitable and depressing. It can also be translated into numbers of victims. If a half-Christian Europe could not prevent the First World War and its massacres in the trenches, then two totalitarianisms, which exterminated millions in concentration camps, were the product of leaders who were entirely godless.However, the ties between religion and society are too complicated to draw up a clear boundary between Christian and post-Christian countries. A fish rots from the head down, and what we call the erosion of the religious imagination began with the philosophers of the 18th century, only to progress through the whole of the next century, receiving its lasting expression, above all, in literature and art…”

Now consider this statement in the context of what Nietzsche, Flaubert, Ibsen, Andre Gide, Sartre, and Gombrowicz wrote. Then you’ll get the picture.

Even this may be true it still doesn’t take away from the achievements of poets and novelists of both past and present who are legion. In the piece “Whispers of Faith in a Postmodern World” Gregory Wolfe argues the myth of rampant secularization in the arts is precisely that: a myth. Here’s how he puts it:

“In The New Republic in 2008, Ruth Franklin noted that ‘the absence of God from our literature feels so normal, so self-evident, that one realizes with shock how complete it is.’ Last month in a New York Times Sunday Book Review essay entitled ‘Has Fiction Lost Its Faith?, Paul Elie suggested that ‘if any patch of our culture can be said to be post-Christian, it is literature.’

Really? From where I stand, things don’t look that way. That is in large part because for the past 24 years I have edited Image, a journal that publishes literature and art concerned with the faith traditions of the West. Our instinct when launching the publication was that the narrative of decline was misguided, but we honestly didn’t know if we could fill more than a few issues.

Sometimes when you look, you find. Over the years Image has featured many believing writers, including Annie Dillard, Elie Wiesel, Christian Wiman, Marilynne Robinson and Mark Helprin. But these writers of religious faith and others are not hard to find elsewhere. Several prominent American authors—Franz Wright, Mary Karr and Robert Clark—are Catholic converts. Nathan Englander and Jonathan Safran Foer last year published ‘New American Haggadah,’ a contemporary take on the ritual book used by Jews on Passover.” 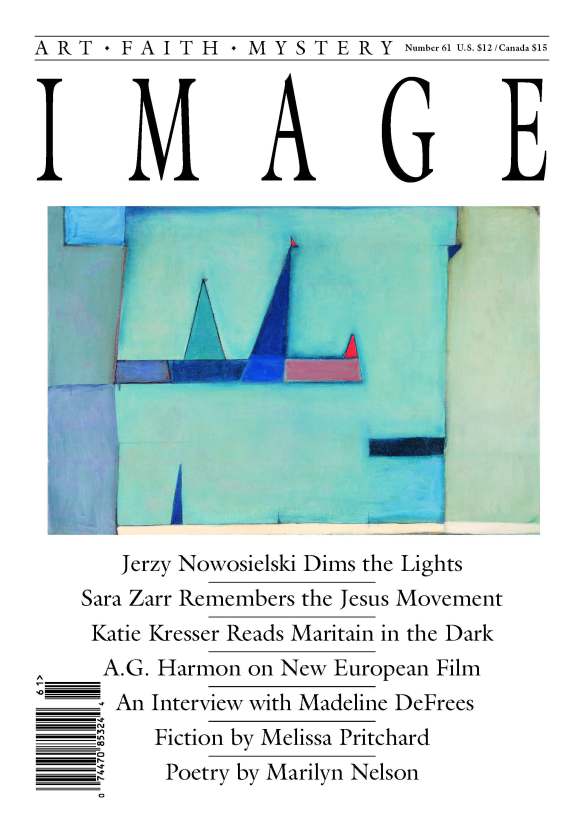 Perhaps the fish isn’t all that rotten? At least not in the head? Over the next few days I plan on compiling some Top 10 lists of contemporary poets (Now available!) and novelists who write from within a theological imagination.

I don’t think the task will be as tough as Elie makes it out to be. The toughest task will be keeping the lists down to only ten authors each! 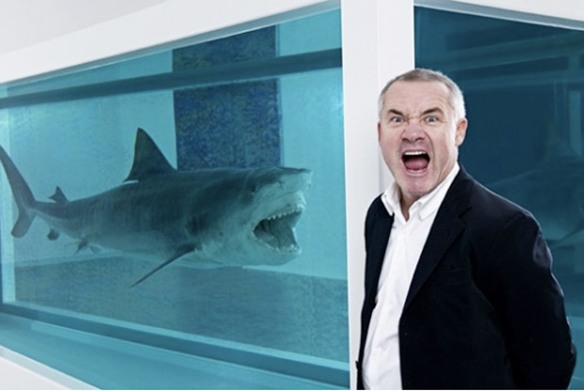 Rotting heads: did you know one of these Damien Hirst sharks (pictured left) rotted in a gallery and had to be replaced?