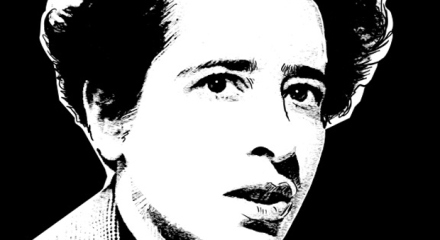 We are in the middle of something like a Hannah Arendt Renaissance.  One of my professors who specializes in German philosophy told me with a certain alacrity that Arendt has eclipsed her own former professor and lover Heidegger.  There’s even an Arendt film out that makes her life look like The Maury Povich Show (That one was for you Pedro, SJ. Vote for Pedro 2016.).

One hopes this is an instance where the film is much better than the trailer.  If you want an example of the opposite then watch the amazing trailer for the Wim Wenders documentary Pina, but avoid the film itself like Starbucks coffee:

Before I drown myself in a flood of film criticism I should get back to Arendt.

She wrote her dissertation under Karl Jaspers (a truly great philosopher who’s still awaiting a much deserved revival) about the concept of love in St. Augustine.  It’s been recently published with the dispassionate title Love and Saint Augustine.  Having totally forgotten all of this, I was surprised (until the Melatonin kicked in) by how Arendt peppers the argument of The Human Condition with wonderful theological nuggets such as this one:

“It is highly unlikely that we, who can know, determine, and define the natural essences of all things surrounding us, which we are not, should ever be able to do the same for ourselves–this would be like jumping over our own shadows.  Moreover, nothing entitles us to assume that man has a nature or essence in the same sense as other things.  In other words, if we have a nature or essence, then surely only a god could know and define it, and the first prerequisite would be that he be able to speak about a ‘who’ as though it were a ‘what.’  The perplexity is that the modes of human cognition applicable to things with ‘natural’ qualities, including ourselves to the limited extent that we are specimens of the most highly developed species of organic life, fail us when we raise the question: And who are we?  This is why attempts to define human nature almost invariably end with some construction of a deity, that is, with the god of the philosophers, who, since Plato, has revealed himself upon closer inspection to be a kind of Platonic idea of man.  Of course, to demask such philosophic concepts of the divine as conceptualizations of human capabilities and qualities is not a demonstration of, not even an argument for, the non-existence of God; but the fact that attempts to define the nature of man lead so easily into an idea which definitely strikes us as ‘superhuman’ and therefore is identified with the divine may cast suspicion upon the very concept of ‘human nature.'”

Note how balanced and refined the writing here is.  You have to pay attention to every word as it modulates the argument ever so slightly into new shades of meaning.  Note how there’s also plenty there that would agree with what Walker Percy wrote about being Lost in the Cosmos.  John Montag, SJ noted I should have also pursued the Percy line in my “American Idol” piece, but it’s too late. And what are friends for if not to point out your missed opportunities?  I’ll get ’em next time!

Now, I haven’t read much of Arendt before launching (get it?) into The Human Condition other than some passages from Eichmann in Jerusalem in an essay by a Polish Dominican I translated a while ago.  He argued that the concept of “the banality of evil” is very close to the traditional argument, advanced by Augustine among others, that evil is a privation, a lack of being, rather than something with its own proper existence.  Makes sense given her background?  Right?

I might have to come back to the issue of evil later.  In the meantime you can peruse my post about replacing the “problem of evil” with the “problem of the good” and don’t forget Arendt’s argument that any anthropology is necessarily a theology.